The International Bay Light Festival, which has been well received over the years, has been transformed this year from a light show to a musical performance by the Penghu National Scenic Area Administration, Tourism Bureau, MOTC. Featuring the unique sea breeze of Penghu and a superb cast of performers, a music festival will be held in Penghu, which is all the more reason to come to Penghu this Autumn!

The "2022 Penghu Music Festival" will be held every Saturday from August 13 to September 24 and during the Mid-Autumn Festival for a total of 8 music events. With the theme of chasing the wind in the late summer and early autumn, the festival will be launched in a brand new style by incorporating the Autumn characteristics of Penghu, inviting eminent singers and creating a romantic and interesting atmosphere with the surrounding lighting environment.

In order to attract the public and related tourism operators to make their plans early, the "Penghu Music Festival" cast lineup was announced in advance, with the opening and closing shows (August 13 and September 24) featuring Nine One One, Ella, Accusefive and Hebe Tian. On September 9 and 10, Lee, Rachel Liang, Eve Ai and 831 will accompany the public to spend the Mid-Autumn Festival together, along with the strongest cast ever of Arrow Wei, Shi Shi, Mika Xiang, Evan Yo, Olivia Tsao, Shou and Leo Wang, who will bring a feast of autumn music to the public. 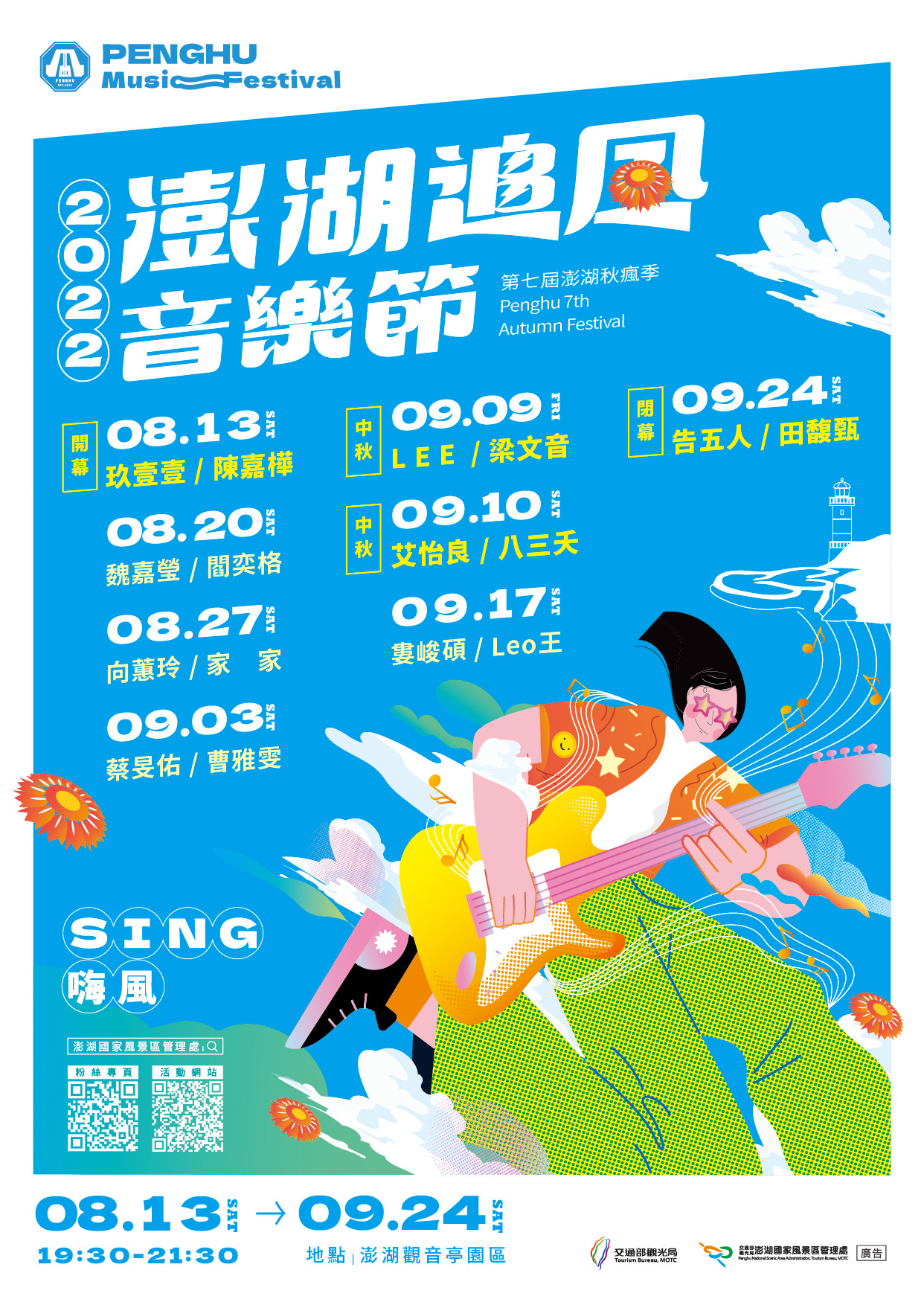